Skip to content
Looking for help with NATA accreditation for
laboratories or help with management systems?
You’ve come to the right place!
Enquire Now

In honour of World Metrology Day, which occurs on May 20th,  we pulled together a list of the three most embarrassing mistakes in metrology in celebration of measurement scientists across the world. They’re sure to make you glad you’re good at your job. 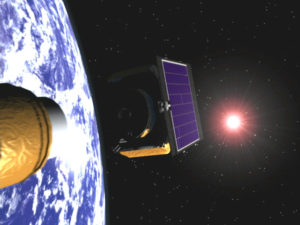 It was September 1999 and our focus was on the Y2K bug- remember that? NASA announced that it had lost its $125-million Mars Climate Orbiter. Now losing a Mars Climate orbiter is no small thing, it’s not like you can hide it down the couch. So how does one lose an expensive and large piece of equipment? Well, spacecraft engineers failed to convert from Imperial to Metric measurements.  Yep, you read that right! The Jet Propulsion Laboratory used the Metric system of millimetres and metres in its calculations, while Lockheed Martin Astronautics in Denver, which designed and built the spacecraft, provided crucial acceleration data in the Imperial system of inches, feet and pounds. As a result, the Jet Propulsion Laboratory engineers mistook acceleration readings measured in units of pound-seconds for a metric measure of force, newton-seconds. This created a discrepancy between calculated and measured position, and the desired and actual orbit insertion altitude.  The Mars Climate Orbiter went out of radio contact when the spacecraft passed behind Mars 49 seconds earlier than expected, and communication was never re-established. The spacecraft encountered Mars at a lower than anticipated altitude and disintegrated due to atmospheric stresses. Hey presto! An expensive orbiter was lost! Oops! 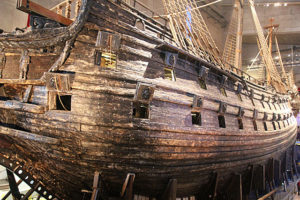 The Vasa was a Swedish Warship completed in 1628. It was commissioned by the King of Sweden, Gustavis Adolphus, and constructed by private entrepreneurs. The ship foundered and sank after sailing about 1,300 metres into her maiden voyage on 10 August. I’d imagine King Gus was not pleased. The ship was raised in 1961 and researchers say it is asymmetrical, being thicker on the port side than the starboard side. One reason for this could be that the workmen were using different systems of measurement. Archaeologists have found four rulers used by the workmen who built the ship. Two were calibrated in Swedish feet, which had 12 inches, while the other two measured Amsterdam feet, which had 11 inches. Today, our international system of measurements help to prevent thee blunders…..and make it that little bit safer to travel by ship. 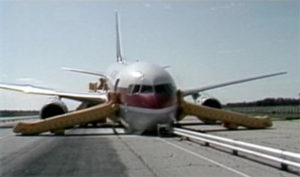 In 1983, an Air Canada flight ran out of fuel above Gimli, Manitoba. The plane’s on-board fuel gauge was not working, so the crew used measuring “dripsticks” to check how much fuel the plane took on during refuelling. Things went wrong when they converted this measurement of volume into one of weight. They got the number right, but the unit wrong, mistaking pounds of fuel for kilograms. As a result the plane was carrying about half as much fuel as they thought and you guessed it, part way through the flight the fuel light came on. The pilot was an experienced glider pilot, so he was familiar with flying techniques almost never used in commercial flight. To have the maximum range and therefore the largest choice of possible landing sites, he needed to fly the 767 at the optimal glide speed. Making his best guess, he flew the aircraft at 220 knots (410 km/h). Using the altitude from one of the mechanical backup instruments and distance information from air traffic controllers, the crew successfully landed the plane. Phew! I’m glad someone paid attention in maths class.

Do you have any interesting measurement blunders in your lab? I’d love to hear about them.