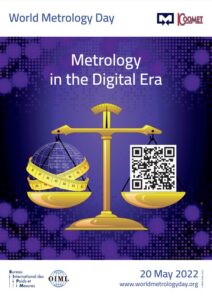 We enjoy any opportunity to celebrate significant dates on the scientific calendar, but World Metrology Day continues to be a favourite.

Not only because we run a Measurement Uncertainty training course on this day (you can still book a spot for next week’s session). But also because metrology plays such a central role in scientific discovery and innovation.

This year’s theme is Metrology in the Digital Era. The theme reflects the revolutionising effects of digital technology across our communities.

What’s metrology all about?

For those not aware, World Metrology Day is an annual event celebrating the signature of the Metre Convention in 1875.

This Convention set out the framework for global collaboration in the science of measurement. And the aim of the Metre Convention – the global uniformity of measurement – remains central to industrial, commercial, and societal applications.

At MAS, we recognise and celebrate the contribution of those working across all areas of metrology.

This includes our many clients whose role in measurements supports global trade ranging from consumer goods and medical devices to lighting and pesticides.

But we also know that despite best efforts, sometimes things still don’t go quite to plan…

The day before the opening of the Sochi Winter Olympics, it was found that the biathlon track which should be a loop of 2.4km was 40m too short.

Some hasty repair work (and no doubt a lengthy root cause analysis process!) ensured the track was the correct length for the first event three days later.

One for the engineers 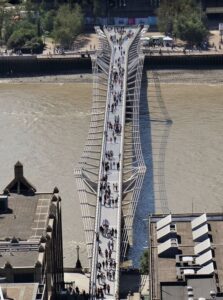 London got a new footbridge in June 2000 to mark the new millennium. This bridge linked the newly opened Tate Modern Art Gallery on the south bank of the Thames with the north bank near St Paul’s cathedral.

However, people noticed that the 350m long structure wobbled in an alarming way as they walked across. One of the difficulties of designing a footbridge is the ‘synchronised footfall’ effect. As the bridge begins to bounce or sway, people adjust their footsteps to the rhythm of the bridge and magnifies them.

In this case, the designers took this into account…but didn’t allow for the side-to-side effect. This oscillation is synchronous lateral excitation which somehow sounds more thrilling than it actually is.

The following year workers began to install dampers (rather like shock absorbers in a car) to reduce the rocking. They were able to reopen the (much steadier) bridge in February 2002.

Not your usual measurements

As well as the regular measurements we’re all familiar with, there are some that are…well, a little out of left field. 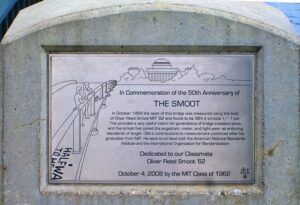 The Smoot: this is a non-standard unit of length created as part of an MIT fraternity prank in 1958. The Lambda Chi Alpha fraternity used that year’s shortest pledge, Oliver R Smoot, to measure the Harvard Bridge. This required Smoot to lay down repeatedly along the length of the bridge while his fraternity brothers marked off his height.

One smoot is equal to his height at the time of the prank which was 5 feet 7 inches or 1.70 metres. The bridge’s length was measured to be 364.4 smoots or 620.1m “+/− 1 ear” (the +/− symbol was used to indicate measurement uncertainty). Markers were painted on the bridge and each semester members of the fraternity repaint them.

During reconstruction in the 1980s, officials planned to remove the marks. However, the police routinely use the smoot marks to determine locations on the bridge so the plan was cancelled.

A jiffy: this is the interval of time between system timer interrupts in computer operating systems. The interval varies from system to system but is generally between 1 and 10 milliseconds.  So, if you tell someone you’ll ‘be back in a jiffy’, chances are you won’t be!

A New York Second: time between the traffic lights turning green and the car behind you honking their horn. Similarly, a New York minute means right away, quickly and without hesitation. Interestingly both of these measurements were coined outside of New York.

A sheppey: a measure of distance equal to about 7⁄8 of a mile or 1.4 km. This is apparently the closest distance at which sheep remain picturesque. Douglas Adams and John Lloyd were the creators of this completely fictional measurement and you can find it in their dictionary The Meaning of Liff.

Got any stories to share about metrology errors? We’d love to hear them! Email info@masmanagementsystems.com.au or share them with us on social media.