We’ve written previously about what can happen when your measurements aren’t quite as good as they should be. measure

These mistakes can cost money and, in some cases, can also cost lives. And sometimes they just make you scratch your head… 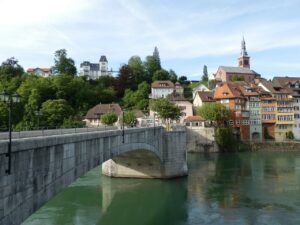 In 2003 construction began on a bridge to span the Rhine River. It would connect Laufenburg in Germany and Laufenburg in Switzerland. The workers would begin building on their respective sides and the bridge would meet neatly in the middle.

But something went wrong in the translation. Instead of adding 27cm, the Swiss SUBTRACTED 27cm! Clearly the twain would not meet.

All was not lost. The German side was lowered and eventually the bridge was completed although we suspect there was a bit of arm waving and finger pointing along the way.

The network operation, RFF, was asked to measure the platforms which they duly did.  They passed this information onto the SNCF and the new trains began rolling out.

The platforms measured by the RFF were the ones built less than 30 years ago. Unfortunately, many of France’s regional platforms were built more than 50 years ago when trains were a little slimmer. This meant that the new trains couldn’t get in and platforms had to be reconfigured to fit them.

The operator had already begun quietly ‘shaving’ the edges of platforms to accommodate the new trains before the public became aware of the full scale of the problem.

In total around 1300 platforms had to be modified to accommodate the new trains.

New glasses for the Hubble telescope 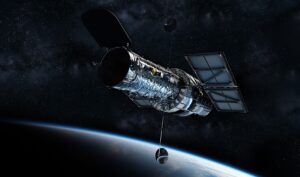 We’ve all seen the stunning images transmitted by the Hubble Space telescope. But this wasn’t always the case.

Shortly after it’s launch in 1990, operators discovered that the images being returned from Hubble were less clear than expected. An investigation was launched and the error discovered – miscalibrated equipment during the mirror’s manufacture had resulted in an aberration in the grinding of the mirror. The abnormality was one-50th the thickness of a human hair. measure

Since replacing the mirror wasn’t an option, the solution was to create something that would correct the flaw, similar to the way glasses correct vision (although much much more expensive…).

The Corrective Optics Space Telescope and Axial Replacement or COSTAR is about the size of a phone booth and was replaced during a spacewalk by astronauts in 1993, leading to the crystal clear images we see today.

Not a measurement error but…

In 2014, Amsterdam’s poorest households would have goggled in delight at their bank balances.

The reason? A software glitch in the payment software which was programmed in cents and not euros. The largest payment to a family was 34,000 euros ($A52,000) instead of the 340 euros (A$527) they’d been expecting.

The city was able to recoup all but 1.2m euros which they said would be ‘very difficult to recover’. Probably not quite the economic stimulus they were intending!

While we’re sure none of your problems will reach these proportions, we’re here to help!

Take a look at the training page on our website or you can jump straight in and book into these upcoming courses:

If you’d like information on any of our other training courses email info@masmanagementsystems.com.au – remember you don’t have to do this alone!