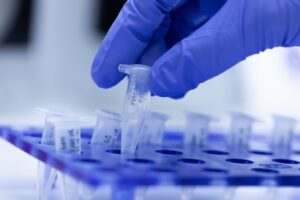 During the 2012 Olympic Games in London, Brenton Rickard was part of Australia’s 4 x 100m medley swim team. The team won a bronze medal in the event.

Eight years down the track, the sample he provided on 1 August 2012 was re-tested. It returned a positive result for furosemide.

Furosemide is a diuretic commonly used to dilute urine and mask the consumption of other drugs. The amount detected in Rickard’s sample was 6ng/ml.

To put this into perspective, the minimum required performance level for the detection of furosemide in 2012 was 250ng/ml. That’s the minimum level that an analytical lab should be able to reliably detect and identify in its daily routine operations.

Rickard has declared his innocence of doping charges. He claimed that the concentration of furosemide is negligible and could easily be a product of contamination from over-the-counter medication. In fact, the antidoping analysis in 2012 was negative.

There is a big difference between 250 ng/ml and 6 ng/ml, so how could this happen?

New analytical techniques to detect furosemide have achieved lower limits of detection. Because of these technological advances, much smaller concentrations of analyte can be found.

This evolution, combined with retrospective antidoping testing policies, could mean many positive results. More athletes could find themselves in Rickard’s predicament.

This example with furosemide might be just the tip of a looming iceberg. Detection limits had already decreased just one year after Rickard’s test. Let’s think about how this could affect the life of non-athletes.

According to a newspaper article in 2013, Public Health England reported that traces of cocaine and benzoylecgonine (a metabolite of cocaine) were found in drinking water. Public Health authorities concluded this didn’t represent a risk to the health of people in Britain, since the concentration is small and not enough to cause adverse health effects.

A British resident would not return a positive result for cocaine or benzoylecgonine from drinking water today. But would this result change if we stored a urine or blood sample from them and tested it in 20 years? Would new techniques developed in that time achieve even lower limits of detection?

And if they tested positive, despite not using drugs for recreational or performance enhancing consumption, would they be able to prove this in court 20 years down the track?

Just because you can doesn’t mean you should

Most people would agree that scientific advances are a good thing. However, if it gives rise to such troubling questions, perhaps we shouldn’t be so quick to adopt them.

ISO IEC 17025 requires that laboratories use appropriate methods for all laboratory activities. But what does the term ‘appropriate’ really mean? It could be referring to the idea of ‘fitness for purpose’. If so, WADA / ISO/IEC 17025 accredited testing laboratories should determine the acceptance criteria for fitness of purpose for their methods. 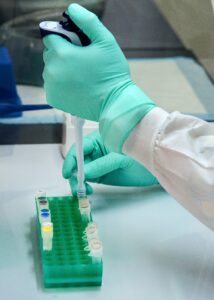 To analyse the results in accordance with the WADA Anti-Doping Code, scientific evidence is used to define the threshold limits for each prohibited substance in each matrix (blood, urine, saliva, etc.). This evidence helps to determine whether a positive result should be considered an intentional doping event. These threshold limits help testing laboratories to understand what ‘appropriate’ may mean.

In addition, the testing laboratory must demonstrate the validity of its methods. It must show that its staff are able to competently perform the testing. This process of method validation and the presence of a competency framework further underscores the ability of a lab to deliver results that are fit for purpose.

In the case of athletes, this means reporting results that show a level of prohibited substances in their system that demonstrates their performance is affected, either positively or negatively.

The ISO/IEC 17025 Standard requires WADA and the testing laboratory to determine the fitness for purpose criteria for an analytical method to detect illegal or prohibited substances.  This is a part of the contract review process. The analytical laboratory is then responsible to ensure its method’s performance characteristics. This is determined during method validation, in terms of accuracy, precision, specificity, limit of detection, limit of quantification, linearity, and working range meet these criteria.

This matters because there are different penalties depending on whether the ingestion of a prohibited substance was intentional or not. This is the difference between stripping an athlete of previously won medals and banning their participation in competitions for at least four years, or a lesser penalty, say of a one year ban on the athlete’s participation in competition.

The issue of application of measurement uncertainty to the results as compared to any threshold limit also needs to be considered.

If the result is close to the threshold limit or specification and compliance with the limit is placed in doubt when the measurement uncertainty is applied, this can create further questions.

Is the measurement uncertainty also appropriate or fit for purpose? What are the chances that it might highlight a false positive or false negative? What are the consequences of an incorrect call of compliance?

Fairer results for all

If found guilty of doping during the CAS proceedings, Rickard and possibly the team, will be stripped of the bronze medals won in 2012.

How can WADA enhance its ability to spot real performance enhancing doping and eliminate unfair competition? By following the principle of fitness for purpose and having a clearer idea of the threshold limits for intentional doping. It requires careful consideration of many elements of the standard and not just the technical ability of an analytical laboratory.

Even more importantly, it would potentially protect the reputation and career of Australian and international athletes.

What if my lab needs help?

That’s what we’re here for!

We run a range of training workshops that support your lab’s testing and accreditation requirements.

Take a look at the training page on our website,  phone Maree on 0411 540 709 or email info@masmanagementsystems.com.au for a confidential discussion about your training needs.

Remember, you don’t have to do this alone!