Last year, we published an article about things we’d learned during 2020.

It was interesting to read people’s responses and to see how they had weathered the storm of lockdown and Covid. There was a certain amount of positivity, about opportunities taken to learn new things.

This year however, the responses came with a kind of weariness. We’ve had prolonged lockdowns and issues around vaccines. A feeling of separation, not just from family and friends but within the country. And a sense that this is our New Normal and we’re not sure how to feel about that.

Some have thrown themselves back into socialising with a kind of desperation, wanting to make up for lost time. Others have discovered that they’ve enjoyed their ‘bubble’ of humans and stayed within that space. And still others have found that heading back into the world comes with social anxiety they may not have felt before.

So instead, we’ve decided to declare this a Covid free zone and do a brief roundup of the year that was 2021. Here’s some of the things that hit the headlines and made us smile (and maybe sparked memes along the way!).

The year that was

While Joe Biden’s inauguration in January should have received top billing, it wasn’t Joe that became a mega-meme. Instead, that honour went to Bernie Sanders, masked, and tucked up with mitts crossed during the proceedings. Bernie took a road trip around the internet, and we all loved it. 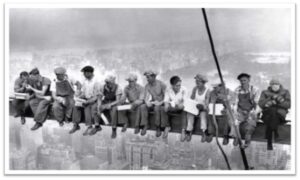 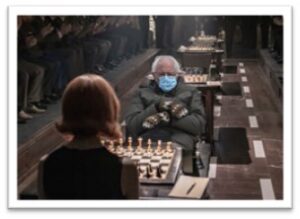 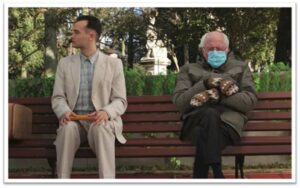 March saw a traffic jam that captivated our imagination.

Ever had trouble with a three-point turn? Seems like a certain captain may have had a similar issue when a ship called the Ever Given got itself wedged diagonally across the Suez Canal. One of the world’s most intensely important shipping lanes, the Canal carries about 10 percent of the planet’s freight traffic.

As well as sparking worldwide attention and disrupting supply chains, it was the ship that launched a thousand memes. There were some entertaining twitter accounts including @Guywiththediggeratsuezcanal and @Boss_Suezdigguy. Plus there was a collective holding of breath as the ship made another (successful!) trip through the Canal in December. 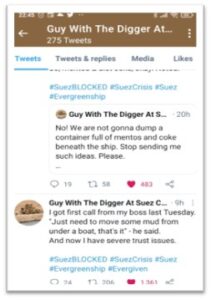 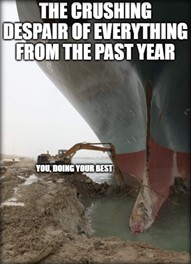 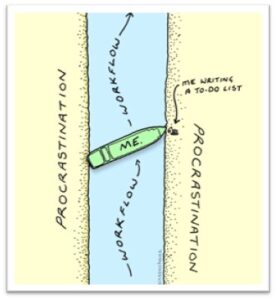 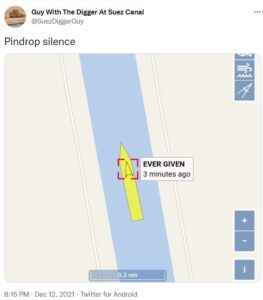 In April, Ingenuity helicopter made history by performing the first powered flight on another planet. 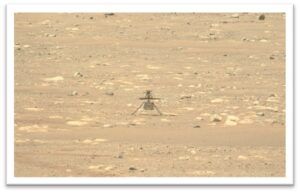 The helicopter hitched a ride to Mars on the belly of the Perseverance Rover.

After it successfully completed its test flights, Ingenuity settled into an operations role, exploring functions that could benefit future exploration of Mars.

May’s Eurovision song contest was in Rotterdam, Netherlands after cancellation of the 2020 contest. It was won by Italian entrants Måneskin with the song  Zitti e buoni. The band wore custom-made glam rock leather outfits including boots by Christian Louboutin during their energetic performances. Their outfits were described by The New York Times as “Jimi Hendrix-meets Velvet Goldmine”… Check out the song and judge for yourself!

A year later than arranged, the 2020 Summer Olympics were finally held in Tokyo in July. As well as the amazing, record-breaking performances there were plenty of meme-worthy moments. 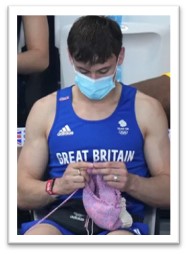 Ariarne Titmus was superb in the pool, but it was her coach’s delighted reaction to the win that was beamed around the world.

He’s since launched his own website selling knitting kits!

In science news, July also saw the first direct observation of light from behind a black hole, confirming Einstein’s theory of general relativity. 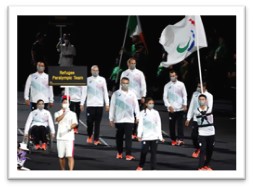 The Paralympic Games followed in August. Competition was largely held behind closed doors with either limited or no outside spectators.

For the 5th consecutive Paralympics, China topped the medal tally with 207 medals, 96 of them gold.

As always there were thrills and broken records but this year also saw a marriage proposal and the first ever Refugee Paralympic Team. These six athletes represented the 82 million refugees worldwide, 12 million of whom live with a disability.

SpaceX launched Inspiration4 in September. This was the first all-civilian spaceflight and carried a four-person crew on a three-day orbit of the Earth.

People raced to their Twitter and Reddit accounts to connect for the six hours their favourite platforms were offline.

In November we discovered that ‘Mutti’ was a punk rocker from way back, when Chancellor Angela Merkel selected Nina Hagen’s Du hast den Farbfilm vergessen (You forgot the colour film) for her military tattoo. How many other world leaders have such noteworthy music interests: is it just the Quantum Chemists amongst them who have such predilections?

We still didn’t get the hang of being online

There were some classic Zoom fails during the year.

We had the Texas lawyer with the cat filter who just couldn’t work out how to switch it off.

There were those unfortunate folk who forgot to switch off their cameras before walking away after meetings, revealing WAY more to their colleagues than they had intended.

We saw children and animals appear during online meetings. And perhaps our standards slipped just a little…

And with lockdowns happening all over, home schooling became a reality for many families. As well as reminding us that teachers don’t get paid enough, it had its share of challenges on both sides of the screen.

So, congratulations on making it through 2021! We hope your year had more highlights than lowlights and wish you and your loved ones all the best for the festive season.

All the best
The MAS Management Systems Team